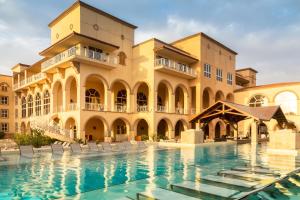 The Republic of Chad is a landlocked country situated in north-central Africa. The country is bordered by Libya to the north, Sudan to the east, the Central African Republic to the south, Cameroon and Nigeria to the southwest and Niger to the west. The country is home to the second-largest wetland in the continent of Africa called Lake Chad. The official languages of Chad are Arabic, French, and other 100 languages dialect spoken due to its diversity of cultures. The most popular region of the country is Islam, which mostly lives in the northern part of the country. Since its independence, it slowly builds itself through its wonderful landscapes and formed their identity marking their strength and vitality. A country that is contributing to the natural and holistic approach of the world through diet and at the same time preserve its natural resources and increase livelihood opportunities. Chad is a country that is undiscovered yet a country that is full of glorious things to offer.

The Charm of Chad

The fourth-largest body of water in the African continent is an enclosed lake on the planet. It is historically large, shallow, drainage basin that retains water and no outflow to other external bodies of water. Lake Chad plays a significant economic role in providing water and food supply to the large inhabitants of Chad and nearby countries such as; Cameroon, Niger, and Nigeria. Chad is a local word meaning “large expanse of water” or lake. The lake is home to a large variety of 44 species of algae, holds more than 179 fish species and home to some of the migratory birds. Lake Chad is slowly recovering after the lake’s disappearance became a concern for both the government authorities and the local community. Lake Chad plays an important source of food for the Chadinians despite reports that the lake is drying up.

2. Behind the Chad Flag

As a form of national identity, the Chad flag symbolizes its ambition, strength, and values through the chosen color of their flag. The colors of the flag of Chad represents its geography and history. Blue is a representation of the sky that gives hope and the agricultural strength of the southern part of the country. Yellow symbolizes the desert and the sun in the northern part of the country. Red symbolizes the bloodshed for its freedom and independence achieved through unity. The flag of Chad and Romania are quite identical, but the Romanian Flag is used more narrowly than Chad. The colors of Chad and Romania represent different things.

Spirulina is a blue-green algae that can be consumed by humans to provide various nutrients and fight off radicals and toxins to the body and brain. Chad is the world’s largest producer of this health supplement. Spirulina is known as a natural source of protein, iron, and beta-carotene or vitamin A. Due to its abundant benefits, spirulina is also believed to fight off the increasing rates of malnutrition in the country. The producing and exporting of spirulina is also a way to help the impoverished women who harvest on the edges of Lake Chad, while also helping the Chadinian women to be healthy and to increase their livelihood.

The Sara people are famously known as the largest ethnic group in Chad. Sara means the sons of Ra, which means sun god. This patrilineal ethnic group composes of the 12 clans such as; the N’gambaye, the Mbaye, the Goukay, the Kaba, the Sar-Kaba, the Dai; to name a few. They mostly lived in the southern part of Chad and have retained their ethnic religion, which is worshipping the sun. They firstly introduced planting and harvesting of cotton, rice peanuts, corn, millet, and cassava and became one of their greatest contributions to the Chadian economy and inhabitants.

You will be surprised to see that this country has actually a lot to offer through its native cuisine practices and staple food. One of the staple diets in the country is the organic Millet, an ancient seed that is rich in iron, vitamins, and minerals. This is a gluten-free food and can be also be brewed to drink a beer or known as billi-billi. In Chad, this is used to make balls of paste and dipped into homemade delicious sauces to further enhance its taste. Sun-dried fish and lightly smoked fish such as Alestes and Hyrdrocynus are some of the popular combinations of dishes. Aside from the millet, a medium variety of grains such as sorghum and rice is mostly consumed. Vegetables, fruits, and meats are also part of the typical food prepared during the gathering of the Chadians.

Witness this special event in the Tibesti Mountains located in the central Sahara primarily located in the utmost north of Chad. The local Toubou tribe who lives along the Tibesti mountain is the host of this one of a kind full camel race. However, there are some limitations to watching this event as non-Muslims are not allowed for entry. Visitors can only watch this from afar. The Emi Koussi, at the southeast end of the Tibesti Mountains, is known as the highest peak that may provide an excellent standpoint of the one of a kind camel race.