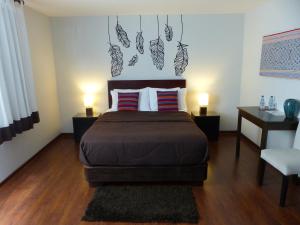 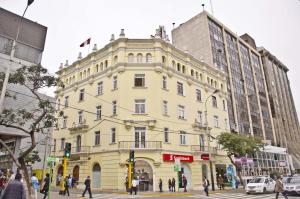 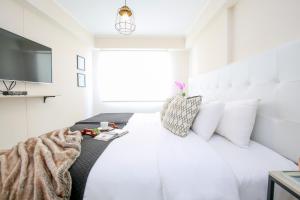 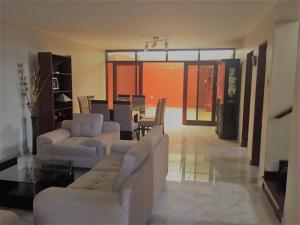 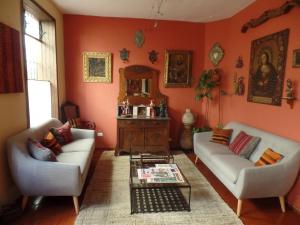 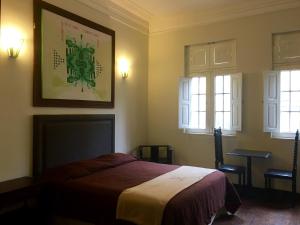 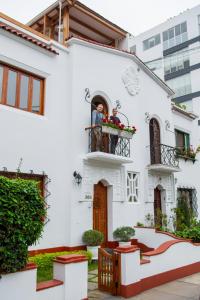 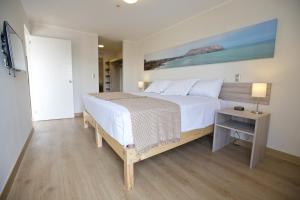 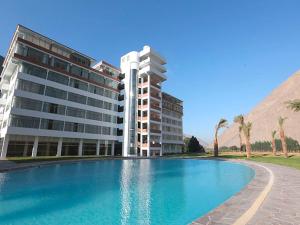 Lima is the bustling capital of Peru on the Pacific coast. One of South American’s largest cities with over 9 million residents, Lima was founded in 1535 by Spanish conquerors who dubbed the city as La Ciudad de los Reyes, or City of Kings, and declared it the capital of the Viceroy of Peru. A UNESCO World Heritage Site, specifically its well-preserved colonial historic center, present-day Lima is a manufacturing center for textiles and clothing, as well as foodstuff. It is known as the Gastronomical Capital of the Americas for the exquisite blend of culinary traditions coming from the Spanish, Andean, and Asian flavors. Although Lima’s cityscape is lined with more contemporary, glass-made skyscrapers, it has preserved the treasures of its ancient past well with structures influenced by Spanish-style baroque, neoclassical, and colonial designs, as well as centuries-old ruins and monuments. Moreover, as the city has a panoramic view of the Pacific Ocean from its cliffs, and offers so many green and wide-open spaces.

The Charm of Lima

1. A City Suffused in Antiquity

Lima’s ancient history is the stuff legends are made of, not only for its colonial past, but for its more ancient, more mysterious ancestral background. A visit to the 5th century Huaca Pucllana ruins right in the heart of the city is enough to make one wonder about the richness of its ancient cultural past. Viewing the splendid collection of pre-Columbian art, including the fascinating and amusing erotic sculptures, at Museo Larco opens up so many minds about the country’s ancient civilizations. A stroll along Lima’s colonial center presents the effects of Spain’s conquest of the city via its famous landmarks and structures like Plaza de Armas and Plaza de Martin, or San Francisco Church and Convent, or the Cathedral of Lima.

2. Pleasant Tour Options That Appeal to All Ages

Lima’s more popular tour options are its free walking tours and biking tours, and even the Mirabus double-decker bus tours. The free walking tours rely on tips from tourists and offer a variety of options, whether it’s the historic center tour, urban city tour, cliff side tour with paragliding on the side, or even an art and culture tour. Visitors can explore Barranco district and soak up its cool, artsy vibe, or spend a whole day viewing museums from Museo Larco to Museo de la Nacion and National Museum of Archeology, Anthropology and History. Those with kids can spend sometime viewing the wonderful ‘Magical Circuit of Water’ fountain light show at Parque de la Reserva. Or they can have a bar-hopping and restaurant tour trying our Peru’s national cuisines, including the well-known ceviche, and enjoy a glass of either pisco sour or pisco wine.

As Lima is a coastal city, it isn’t lacking in outdoor watersports attractions. Although its beaches are not really for swimming due to the strong currents and the coastline’s rocky landscape, there are still beach areas for some quiet rest and recreation offering a spectacular view of the ocean. Surfing is a popular alternative in some parts of the city, or even outside city limits. Some biking tours even offer surfing as part of the itinerary. Another sought-after activity is paragliding through the 50- to 100-meter high cliffs of the coastline. Whether it’s solo or tandem, paragliding is one way to have a memorable Lima experience.

Lima’s Historic Centre, or Ciudad de los Reyes, was the seat of Lima’s Spanish colonial past. Until today, the vestiges of Spain’s conquest of the city can be seen in well-kept buildings, landmarks and monuments. Despite devastating earthquakes that shook Lima in centuries ago, the structures remain standing in their resplendent glory. Among its more famous landmarks are the elegant main square Plaza de Armas, baroque-style San Pedro Church (built in 1638 by the Jesuits), the imposing Presidential Palace, Cathedral of Lima with its 14 side chapels, the pink-toned Santo Domingo Church and Convent dating back to the 16th century, and Plaza Bolivar or the Congress Square because it is presently the home of the Peruvian Parliament.

Located right at the heart of Lima’s buzzing city center and surrounded by the metropolis’ high rises is the extraordinary sight of Huaca Pucllana, the ancient 7-tiered temple ruins constructed out of clay and adobe. Dating back to pre-Inca civilization, the pyramidal-shaped monument was said to have been for the use of religious heads and to recognize their authority. Visitors can visit the site at daytime to get to see the details of the ruins, or in the evenings when the structure is beautifully lighted up and gives one a glimpse of the ruins’ antiquity. A restaurant was constructed right along the site, which gives a splendid view of the lighted ruins at night.

Not to many people know that Lima is also called the Garden City due to the El Malecon de Miraflores, a two-mile walkway composed of delightful parks and gardens. As it is built right along the cliffs, it also offers a scenic and stunning view of the Pacific Ocean and the city’s Costa Verde, or Green Coast. Visitors can opt to either walk or ride a bicycle to navigate Malecon’s pathways and can take a breather in any one of Malecon’s many parks one of the most popular of which is the Parque del Amor, or Park of Love. The park’s centerpiece, apart from its colorful mosaic stone benches, is the huge El Beso, a sculpture in red of a kissing and embracing couple. Walking further down south will lead to Larcomar, a shopping center made famous by the fact that it was carved and built into the cliffs, which makes it such a curious place to shop.