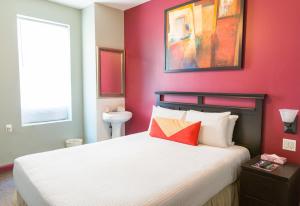 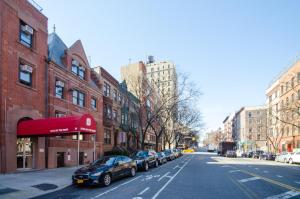 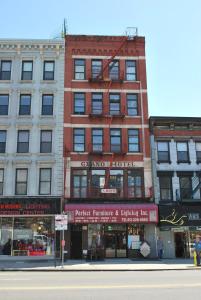 A comfortable studio for 4. Gay friendly/Straight friendly. All are welcome
4
Others
New York, New York
★★★★★(163)
HomeAway
US$149
/ night
View Details Vibrant and fast-paced, New York City has been the subject of so many paeans and has been a muse for songs and poetry. It is, indeed, a city that never sleeps. It is also a great melting pot of cultures nestled in its 5 boroughs (or administrative divisions) namely, Brooklyn, Manhattan, Queens, Staten Island, and The Bronx. With a population of 8.55 million, New York City is the largest city in the United States and is a prime center for commerce, finance, entertainment and culture. In 2019, New York City welcomed almost 67 million summer tourists alone, and there is no sign of respite in coming months. Not surprising considering New York City is home to the most iconic landmarks in the world, such as the Statue of Liberty, Empire State Building, Central Park, Times Square, Brooklyn Bridge, Museum of Modern Art, and in recent years, the 9/11 Memorial, a commemoration of the September 11, 2001 attacks of the World Trade Center killing 2,977 people.

The Charm of New York

The familiar New York City skyline is iconic in itself as it is a center of trade and finance what with the famous Wall Street, with highly successful firms such as Goldman Sachs, JPMorgan Chase, Lehman Brothers, and Merrill Lynch, to name a few, lording it over Lower Manhattan. Add to this the swanky buildings in the city’s most famous shopping district, Fifth Avenue. Yet amid the glitzy buildings, nature is not far behind with the very green 3.41-square kilometer Central Park balancing out the equation. Attracting around 38 million visitors yearly, the Park offers a variety of activities, from jogging around the Reservoir to picnics at the Great Lawn, to performances at Rumsey Playfield, and fishing at Harlem Meer. Moreover, the city also has its largest forest preserve in Staten Island.

New York City’s Broadway, undeniably one of the most popular in the world, is a true showstopper with theatrical performances at its 41 theaters. Close by is the iconic well-lit, buzzing Times Square, with an average of 330,000 people passing through it daily. Of course, nightlife in New York is the bomb with lots of venues for music and drinks ranging from bars to jazz clubs and comedy clubs. With high cultural diversity comes authentic and fusion food that all foodies will love. Whether it’s a Michelin-starred restaurant you’re after, or a food trip at Little Italy, or if you’re just hungry for that authentic New York-style pizza and roast beef sandwich, this city will melt all foodies’ hearts.

3. Center for Arts, Science, and Culture

Museophiles will love New York for its variety of exhibit spaces among which include the American Museum of Natural History, Metropolitan Museum of Art, Guggenheim Museum, as well as the Intrepid Sea, Air & Space Museum, New York Historical Society (New York City’s first museum), Whitney Museum of American Art, and the 9/11 Memorial Museum, to name some. Other landmarks that have historical significance that visitors will enjoy is the Socrates Sculpture Park in Queens, Historic Richmond Town on Staten Island, and the iconic Statue of Liberty Monument on Liberty Island.

Also referred to as the Freedom Tower, One World Observatory offers a breathtaking view of New York City from the 100th, 101st, and 102nd floor of the One World Trade Center. This is a very historic building in that it sits within and is the main building of the reconstructed World Trade Center complex. From this Observatory, one could see the Empire State Building, the 102-storey Art Deco structure built in 1931 and a favorite movie location shoot. Both attractions offer a sweeping view of New York City’s skyline and both venues have several exhibitions on its lower floors that attract numerous visitors daily.

Whether you it’s free or paid, a walking tour of Broadway and Times Square is a must for every New York City visitor. Many visitors opt for a guided walking tour as they will be regaled by interesting tidbits and stories of real Broadway actors and their experiences on and off Broadway. The tours could offer visits to the original Ghostbusters movie location and be fascinated by stories of how Harry Houdini conquered the world with his magic, or visit the famous Juilliard School where talented actors first honed their craft. The tour always include a visit to the so-called Crossroads of the World at 42nd Street — Times Square, one of the busiest and most vibrant spot in all of New York.

3. Central Park: A Green Oasis in the City

If you want to take a break from the hustle and bustle of the city, do take time and commune with nature within Central Park grounds. Located within Upper West Side and Upper East Side of Manhattan, the sprawling park is a delightful spot to be at any time of the day. Among its many attractions are summer performances at SummerStage, boat rides around the Lake area, performances at Shakespeare in the Park at Delacorte Theater, free concerts from the New York Philharmonic at the Great Lawn, and viewing of Cleopatra’s Needle, an obelisk with carved hieroglyphics dating back to thousands of years back and brought to New York from Egypt in the late 1800s. Beatles fans can offer a flower or two at Strawberry Fields’ Imagine Mosaic is located just right across the street from where the late John Lennon used to live.